Why ISP Works in Ecuador

Educational challenges in Ecuador have stemmed from lack of parental involvement, low pay for teachers and large classrooms.   Add to this the expectation that teachers rather than the parents are responsible for teaching values. This is  a recipe for hopelessness. Teachers need help and encouragement.

The Ecuadorian leadership team for the conference caught the vision of ISP to raise up and train educators who will have an impact in every school. They knew that  eventually not only would the classroom change but also life at home.

In 2016, ISP trained 216 teachers at our first DreamMakers-DreamBreakers conference in Quito. A principal from this first conference stated that  she is thinking about how she will use what she has learned with her teachers.  In that school she is planning a pilot project using this material that will become a model for other schools in the Northern district. We’re looking forward to going back in 2017 and hearing what the teachers have been doing since the initial training.

Why ISP Works in Guatemala

Guatemala is a major transit country for illegal drugs, especially cocaine. It is also home to drug cartels and gangs. However, ISP is working in the country to make a difference by equipping teachers to be more interactive in their teaching methods and understand more about the role of a teacher. These teachers become change agents in the lives of their colleagues and students as a result of the training.

“To transform Guatemala, we need to work with the young people who are the future leaders in our country,” said a representative from the provincial Ministry of Education during a 2016 conference in the country. Of the 15 million people in Guatemala, 57% are under the age of 25. As of 2016, ISP has held conferences in 21 of the 23 regions in the country.

Why ISP Works in Honduras

Recognizing that a significant need in Honduras is for a solid, ethical and moral society for the future, the Honduran Ministries of Education continues to invite ISP to train their teachers to instill ethics and morality in their classrooms. Last year, ISP held one Convocation in San Pedro Sula, the second largest city in Honduras and another in Juticalpa, in the Olancho District.

As the Regional Director of Public Education for San Pedro Sula, Honduras, Doris Sambula spoke to the audience and stressed how important the conference was even though it was being held the very first week of the new school year. She said, “We know when we start a school year, it is complicated and you want to be at school! But this is a great opportunity to be trained. So please take advantage of it! We need to change the minds of our students. We need this conference for the sake of our students.”

“Violence and immorality are prevalent in my district. If I can help the children to make right choices, maybe I can impact their future,” says Manuel.*      (*Not his real name)

Why ISP Works in Kyrgyzstan

As ethics and morals have eroded in Kyrgyzstan, teachers are eager for quality material which will inspire their students to live moral and ethical lives. In many places teachers work in meager conditions and materials are sparse. Because many parents emigrate to work, children are raising themselves with teachers standing in the gap.

ISP has been working in Kyrgyzstan since 2003. As a result, more than 2,800 teachers have had the opportunity to bring hope back into the classroom. Our local staff have worked hard to meet with these teachers during their summer breaks through teacher retreats. Some teachers have been copying their curriculums over and over again to share with their colleagues. It’s not uncommon for them to wear out the binding on their coveted ISP materials. They are hungry for training and supplies. As we head back to Kyrgyzstan this spring, we’re excited about how encouraged the teachers will be to utilize our new elementary curriculum.

Why ISP Works in Mongolia

Chinggis Khaan created rules for alcohol consumption—drunkenness was allowed 3 times a month. Alcohol consumption was ingrained in tradition under Russian rule as well. Alcohol abuse is common in Mongolia today as in many countries. The DreamMakers-Dreambreakers curriculum addresses this issue as a cause of broken dreams.

Why ISP Works in Russia

In October 1990 the unprecedented happened: the JESUS film premiered in the former Soviet Union. Following the premiere, an official from the Russian Ministry of Education approached the team, and asked, “Could this film be made available to all of our public schools? Communism has fallen and we need a new foundation for teaching our students.” They replied that it would be possible to provide the film as long as they were allowed to write a curriculum to accompany it and train the teachers to use it even though no such curriculum existed! 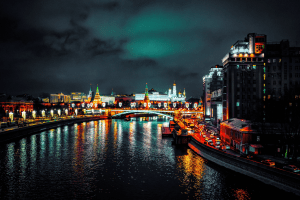 The Russian request presented a brand new opportunity for ministry that would eventually spread around the globe. ISP created a morals and ethics curriculum and introduced it to educators in Moscow. On May 15, 1991, ISP held its very first Convocation in Moscow. Twenty-six years, and 90,000 educators later, the ISP program is still growing to new places and new depths.

Why ISP Works in Taiwan

Taiwan is a transit point for heroin and methamphetamines, and domestically these are two of the major drug abuse problems in their country. It is ISP’s desire to do more than just hold conferences. ISP wants to develop Taiwanese staff who will host the training events. More importantly, we seek to equip teachers who become multipliers of life-change.

ISP was first invited to work in Taiwan in 2011. In that first year, 30 nationals were trained as facilitators to lead small groups and teach future DreamMaker sessions. In 2014, the leaders in Taiwan started conducting DreamMaker conferences without help from North American volunteers. They have a great vision to reach their country. Some of the main lessons include: “Benefits of Drug Abstinence” and “Consequences of Alcohol Abuse.”

Why ISP Works in Ukraine

ISP has worked in every state (Oblast) in Ukraine, and more than 10,000 teachers are trained in the use of the DreamMakers-DreamBreakers curriculum, and more than 11,000 are equipped to use the Foundation of Christian Ethics curriculum. Not only are more than 400 trained in leadership, but some of them also travel to other countries to assist in training their teachers. 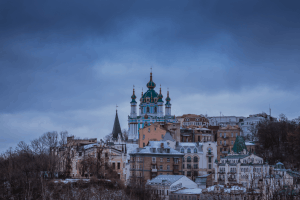 The movement has been nationalized for several years, meaning Ukrainians are responsible for the DreamMaker conferences, discipleship and follow-up, expansion within their oblast and building their local movements. Even more popular than DreamMakers-DreamBreakers, the Parenting Curriculum is the most requested ISP curriculum in Ukraine.

Ukrainian educators are increasingly taking local ownership of the ISP movement by establishing local Teacher Movement communities. These communities are created for the purpose of collaboration, mentoring, and professional development as well as encouragement.