5 – Living Out Your Relationship With God

Basic Faith Conversations 5 – Living Out Your Relationship With God

In what ways have you seen your relationship with God affect your life? 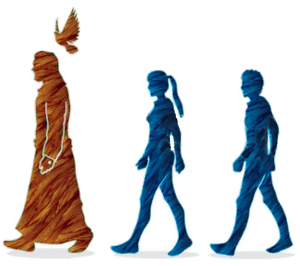 There are two words the Bible frequently uses to talk about your life when you have a relationship with God. The first is walk.

Walking with God means going through life with Him. When you walk together it implies a developing intimacy through shared time, thoughts, and experiences. In the Bible we learn that God has walked with His people from the beginning of time.

What does God promise His people in Leviticus 26:12?

And I will walk among you and will be your God, and you shall be my people.

If you went walking with God, what would you like to talk to Him about?

Has your enjoyment of being with God grown since you began your relationship with Him?

The second term is follow. In John 10:11,27, Jesus describes Himself as a caring shepherd who leads us. As the sheep in His flock, we are to follow His direction.

I am the Good Shepherd . . . My sheep hear my voice, and I know them, and they follow me.

What do you think makes a sheep willing to follow its shepherd?

When Jesus called people to follow Him. He was asking them to make the choice to accept His leadership and to follow His lifestyle.

What do you think it looks like for you to live as 1 John 2:6 tells us to?

Whoever says he abides in him ought to walk in the same way in which he walked.

Both walking with God and following Him mean that we choose to obey Him and seek to do His will, so that we will live in a manner that honors Him.

What are some things Colossians 1:10 says will please God?

Walk in a manner worthy of the Lord, fully pleasing to him, bearing fruit in every good work and increasing in the knowledge of God.

According to 1 John 5:3, what is the motivation behind a Christian’s desire to live a life pleasing to God?

How does this differ from how many people view living life as a Christian?

Based on the previous lesson and Galatians 5:25, where do we get the power to walk the same way Jesus walked?

In addition to the Holy Spirit, God has given us another help to be able to live the Christian life – a community of others who are following Him.

What are some things you value about being a part of a community?

Being a part of a community with others is one of our basic needs in life. Your relationship with God not only provides you with new life, but also brings you into a new community – God’s family.

But to all who did receive him, who believed in his name, he gave the right to become children of God.

As God’s child, what is your relationship to His other children?

What are other terms used for us in Ephesians 2:19?

So then you are no longer strangers and aliens, but you are fellow citizens with the saints and members of the household of God.

According to Ephesians 4:4-6, what do children of God have in common?

There is one body and one Spirit – just as you were called to the one hope that belongs to your call – one Lord, one faith, one baptism, one God and Father of all.

Jesus’ followers have gathered in communities as a church for centuries.

What does Acts 2:42,46 say the followers of Christ in the 1st century did together?

And they devoted themselves to the apostles’ teaching and the fellowship …and prayers … And day by day, attending the temple together and breaking bread in their homes.

How would you like to get more involved with others in God’s community?

1 Corinthians 12:27 uses another image to describe the family of God – the body. God formed us into a community with Christ as our head, and each of us an important part of the body. He designed each of us to use our strengths to help each other be more like Christ and walk as He walked.

Now you are the body of Christ and individually members of it.

How do you think God might use you to help others in the body?

As we interact with each other as parts of one body, the world around us can see how God designed us to live in relationship with Him and each other.

Given a New Purpose

When Jesus was on earth He was called ‘Immanuel’ which means “God with us.” Jesus came to earth to allow people to see what God is like – through His character, words and actions.

Jesus said to him… “Whoever has seen me has seen the Father.”

What does Jesus call Himself in John 8:12?

Jesus spoke to them, saying, “I am the light of the world. Whoever follows me will not walk in darkness, but will have the light of life.”

One of the purposes of us being Jesus’ body is to help those who do not believe in God to see what God is like. We are God’s eyes, hands, feet, ears, and mouth on earth.

How does Philippians 2:15 describe God’s intended purpose for us?

That you may be blameless and innocent, children of God without blemish in the midst of a crooked and twisted generation, among whom you shine as lights in the world. 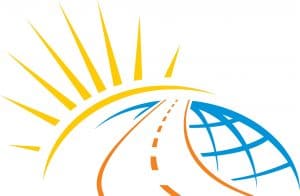 We become a reflection of God, bringing light into all our communities as we share His truth with others.

How can you be a light to others around you?

Who do you know that needs to see God’s light through you?

As followers of Christ it is natural for us to want to pass on to others the hope that we have found in Christ. We can tell them how they can find God, and also how they can grow in their relationship with Him.

And what you have heard from me in the presence of many witnesses entrust to faithful men who will be able to teach others also.

What did Paul encourage young Timothy to do with the things he learned?

Who could be your “Timothy”?

Summing up your thoughts on this topic:

How is your “walk with God” going now?

How could we help each other be faithful to pass on what we are learning about God like Paul and Timothy did?

Would you like to continue to meet to help us grow deeper in our relationships with God?

This week read the following passages. Practice using the 5 steps you learned about how to study the Bible: Pray, Look, Hear, Respond, Share.

Keep selecting new verses to memorize; and try to regularly review the ones you have already learned.

The Lord is my shepherd; I shall not want.
He makes me lie down in green pastures.
He leads me beside still waters.
He restores my soul.
He leads me in paths of righteousness
for his name’s sake.

Even though I walk through the valley of the shadow of death,
I will fear no evil,
for you are with me;
your rod and your staff,
they comfort me.

You prepare a table before me
in the presence of my enemies;
you anoint my head with oil;
my cup overflows.
Surely goodness and mercy shall follow me
all the days of my life,
and I shall dwell in the house of the Lord
forever.

For at one time you were darkness, but now you are light in the Lord. Walk as children of light (for the fruit of light is found in all that is good and right and true), and try to discern what is pleasing to the Lord.

Put on then, as God’s chosen ones, holy and beloved, compassionate hearts, kindness, humility, meekness, and patience, bearing with one another and, if one has a complaint against another, forgiving each other; as the Lord has forgiven you, so you also must forgive. And above all these put on love, which binds everything together in perfect harmony. And let the peace of Christ rule in your hearts, to which indeed you were called in one body. And be thankful. Let the word of Christ dwell in you richly, teaching and admonishing one another in all wisdom, singing psalms and hymns and spiritual songs, with thankfulness in your hearts to God. And whatever you do, in word or deed, do everything in the name of the Lord Jesus, giving thanks to God the Father through him.

Walk in wisdom toward outsiders, making the best use of the time. Let your speech always be gracious, seasoned with salt, so that you may know how you ought to answer each person.

For by the grace given to me I say to everyone among you not to think of himself more highly than he ought to think, but to think with sober judgment, each according to the measure of faith that God has assigned. For as in one body we have many members, and the members do not all have the same function, so we, though many, are one body in Christ, and individually members one of another. Having gifts that differ according to the grace given to us, let us use them: if prophecy, in proportion to our faith; if service, in our serving; the one who teaches, in his teaching; the one who exhorts, in his exhortation; the one who contributes, in generosity; the one who leads, with zeal; the one who does acts of mercy, with cheerfulness.

“Truly, truly, I say to you, he who does not enter the sheepfold by the door but climbs in by another way, that man is a thief and a robber. But he who enters by the door is the shepherd of the sheep. To him the gatekeeper opens. The sheep hear his voice, and he calls his own sheep by name and leads them out. When he has brought out all his own, he goes before them, and the sheep follow him, for they know his voice. A stranger they will not follow, but they will flee from him, for they do not know the voice of strangers.” This figure of speech Jesus used with them, but they did not understand what he was saying to them.

So Jesus again said to them, “Truly, truly, I say to you, I am the door of the sheep. All who came before me are thieves and robbers, but the sheep did not listen to them. I am the door. If anyone enters by me, he will be saved and will go in and out and find pasture. The thief comes only to steal and kill and destroy. I came that they may have life and have it abundantly. I am the good shepherd. The good shepherd lays down his life for the sheep. He who is a hired hand and not a shepherd, who does not own the sheep, sees the wolf coming and leaves the sheep and flees, and the wolf snatches them and scatters them. He flees because he is a hired hand and cares nothing for the sheep. I am the good shepherd. I know my own and my own know me, just as the Father knows me and I know the Father; and I lay down my life for the sheep. And I have other sheep that are not of this fold. I must bring them also, and they will listen to my voice. So there will be one flock, one shepherd.